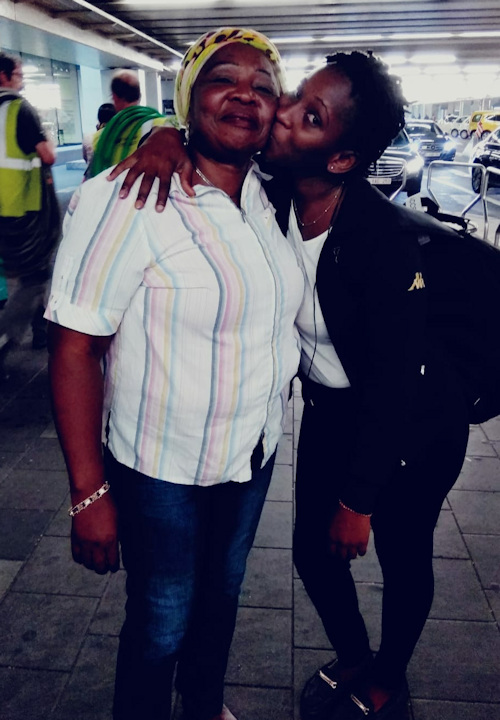 by: Christine, a case worker at Caritas Belgium

Mrs Nshombo, Prisca’s mother, asked me to write you this message  in order to express her gratitude.

She was so happy to see her daughter this 20th of August 2018 at Brussels Airport after 8 years separation.

Mrs Nshombo arrived in Belgium in October 2010 from Congo (RDC), South Kivu. She received the subsidiary protection in Belgium in 2013.

She is 58 years old and has many health problems; she is not able to work anymore due to her medical situation. She has 8 children in Congo (one has been killed). Being alone in Belgium was so hard for her and her best wish was to be able to bring at least her youngest children. Prisca’s visa was granted after 1 year and a half procedure while  her other child’s visa was unfortunately rejected.