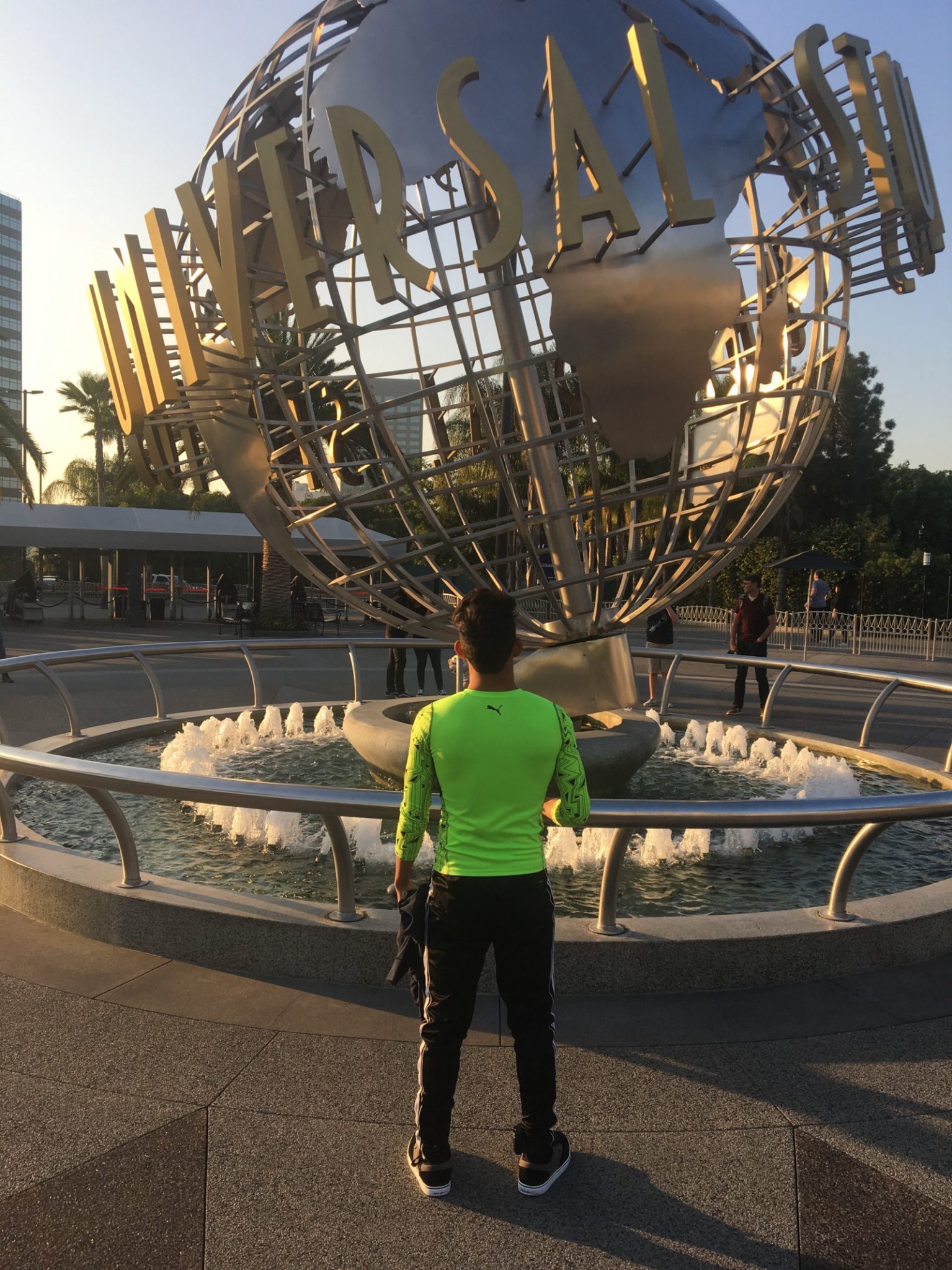 As their high school aged kids were finishing up homework and getting ready for bed, two women stood in the dark behind the Immigration and Customs Enforcement (ICE) offices in downtown LA waiting for a high school-aged boy to be released from detention. The two women and the boy were strangers to each other.

Edgar (not his real name) had fled Honduras and come to the United States as an unaccompanied minor hoping to join an aunt in Portland. He was a 17 year old orphan. But, on the eve of this 18th birthday, he was shackled and removed from temporary foster care and deposited into an adult detention center. Despite never having broken a law or committed a crime, and having a pending asylum case, he was detained for many weeks.

Edgar’s story involves perservance and a lot of coordinated support. But as the truth about the children crossing our borders is revealed, there is always a fair dose of luck.

Edgar survived the more than 2000 mile trip to the U.S. border. Luck.

Edgar came into our country at a time and place that didn’t land him in one of the tent camps (let’s just call them what they are — internment camps for kids) on the Texas border. Luck.

We have now seen the pictures and learned the story of Jakelin, the 7 year old girl who died of dehydration within hours of coming into the custody of the U.S. government. Edgar was a strong and healthy boy. Luck.

Edgar was nearly deported, but due to the national holiday declared for George H.W. Bush’s funeral, his deportation was delayed and pro-bono legal staff from Immigrant Defenders Law Center in Los Angeles had the time to prepare his bond. Luck.

Edgar’s bond was more than three thousand dollars. Immigrant Families Together (IFT), a group formed in response to the family separation policy and detention of what now amounts to more than 14,000 kids, raised the money for the bond that his family couldn’t afford. Luck.

IFT also gave Edgar a soft landing when he was released from detention in the middle of the night. Through the volunteer network IFT created, there are people — who deplore an immigration policy designed to inflict maximum cruelty — waiting to provide shelter, clothing and other life necessities to newly released children and facilitate their reunification with family. Luck.

And finally, Miles4Migrants — an organization that accepts mileage contributions — would fly Edgar to his family on his first ever plane ride. Luck.

Edgar was met by two local moms with food, clothing, toiletries, a donated phone and a ride to his next stop — my house, where my teenager had already turned in for the night. Edgar would sleep, shower, eat a homemade breakfast and connect with family that had lost touch with him while he sat in detention. Oh, and recharge his ankle monitor which allows the government to track him. His day and night will be guided by the need to respond to the buzz on his ankle when he needs to recharge. That first night of freedom it was at 2 a.m. It will be a constant reminder that his freedom is tenuous and dependent on a list of disruptive and humiliating rules.

When we left the house the next day, I was struck by the deep breath Edgar took when he walked outside the house into the LA sunshine and fresh air. I asked him if it felt good and he nodded his head and said sí, sí.

Edgar, as we learned had a positive attitude and a lot of hope and gratitude — maybe that’s what allowed him to survive the journey, the horrific conditions in the adult detention center and make friends — despite the language differences. There he shared a cell with 200 other people. They often had to stand for roll call in the middle of the night and faced humiliating conditions where they showered en masse. Despite the difficult conditions, Edgar forged friendships. Upon his departure, he created a list of new friends that he hoped to reconnect with on Facebook. He was proud of having learned how to say “hello” in Mandarin, French and Hindu as a result of being detained with individuals from other countries. With his new phone, Edgar took a selfie and he created a Facebook profile picture. The caption: Gracias Dios por todo lo que me ha dado. Thank you God for everything you have given me.

Edgar Got Some New Shoes Before Reuniting with Family.

The next day, another IFT volunteer took Edgar to his first movie and cared for him until he was picked up and taken to the airport for his first ride on a plane. He is now with his aunt and cousins. He is with family.

There is still so much we don’t know about the boy we helped — because of language barriers but also the desire to ease his exhaustion and let him be. We don’t know all the reasons he left his country and his two siblings and what will happen to his asylum request. But here is what we do know: We also were lucky. Someone said to me that all of the IFT volunteers and his lawyer — we are part of his American origin story. He will remember the people who helped him find his way to family, get a fresh start and new opportunities, and enjoy that deep breath of fresh air. Maybe we helped keep Edgar’s flame of hope lit. But helping him gave us an opportunity to remember what America has always been about and fulfill the promise made by Lady Liberty — “Give me your tired, your poor, your huddled masses yearning to breathe free, the wretched refuse of your teeming shore,” she wrote. “Send these, the homeless, tempest-tossed to me, I lift my lamp beside the golden door!”