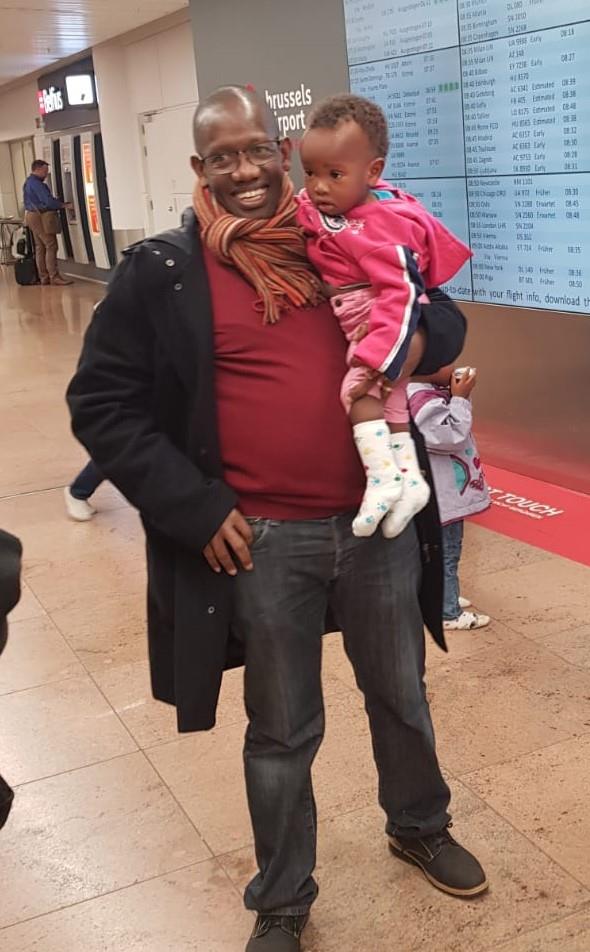 by: Jean, a refugee in Belgium originally from Burundi

My name is Jean de Dieu. I left my country, Burundi, becauseof political reasons. I was supporter of the opposition party. I was also president of this party in my district. I was threatened and I came to Belgium in October 2017. When I left my country, my wife was pregnant and I also had 3 other children.

The Belgian authority gave me refugee status in May 2018. After that, I started directly the procedure of family reunification with Caritas in June. Six months later, my family received a visa agreement.

I’m very thankful to CaritasInternational.be, Miles4Migrants and the donor (RichardHart) who helped me morally and also for the flight tickets. I’m now reunited with my family for 4 days, and I met my youngest child for the first time at the airport. Thank you so much !!!!