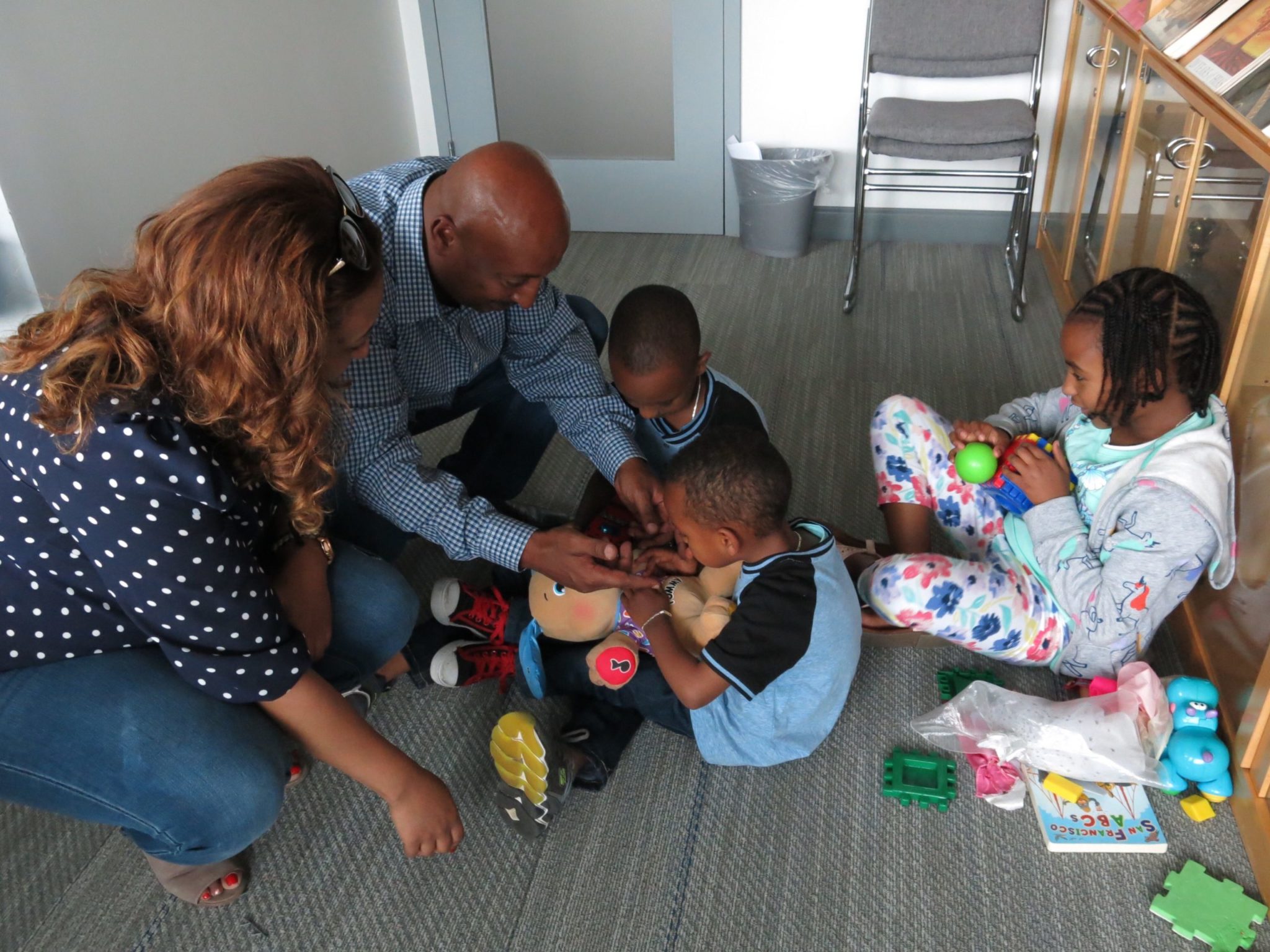 Lucy’s Story – in Partnership with HIAS

by: Amy, Miles4Migrants Volunteer
This story was adapted from our partner HIAS*. Original story is linked here.

*Lucy was a member of an opposition political party in Ethiopia, her home country. She opposed the government’s policy against indigenous peoples, and actively protested against discrimination policies that seized their land.

In 2016, she was kidnapped and tortured by government forces. After her release, she knew that neither her or her family would be safe in Ethiopia. She traveled to the U.S. on a tourist visa first and began the asylum application process with our new partner, HIAS.

Fortunately, one year later, she was granted asylum in the U.S. HIAS helped Lucy petition for her husband and 3 young children to join her. When the petition was successful, Miles4Migrants’ donor Josh Shapiro provided the miles that booked their flights from Ethiopia to the U.S.

In April 2019, she was reunited with her family in Maryland.The family had been apart for 3 years, and her children – now 3, 7, and 9 years old – had grown up while she had been separated.

*Lucy is a pseudonym.