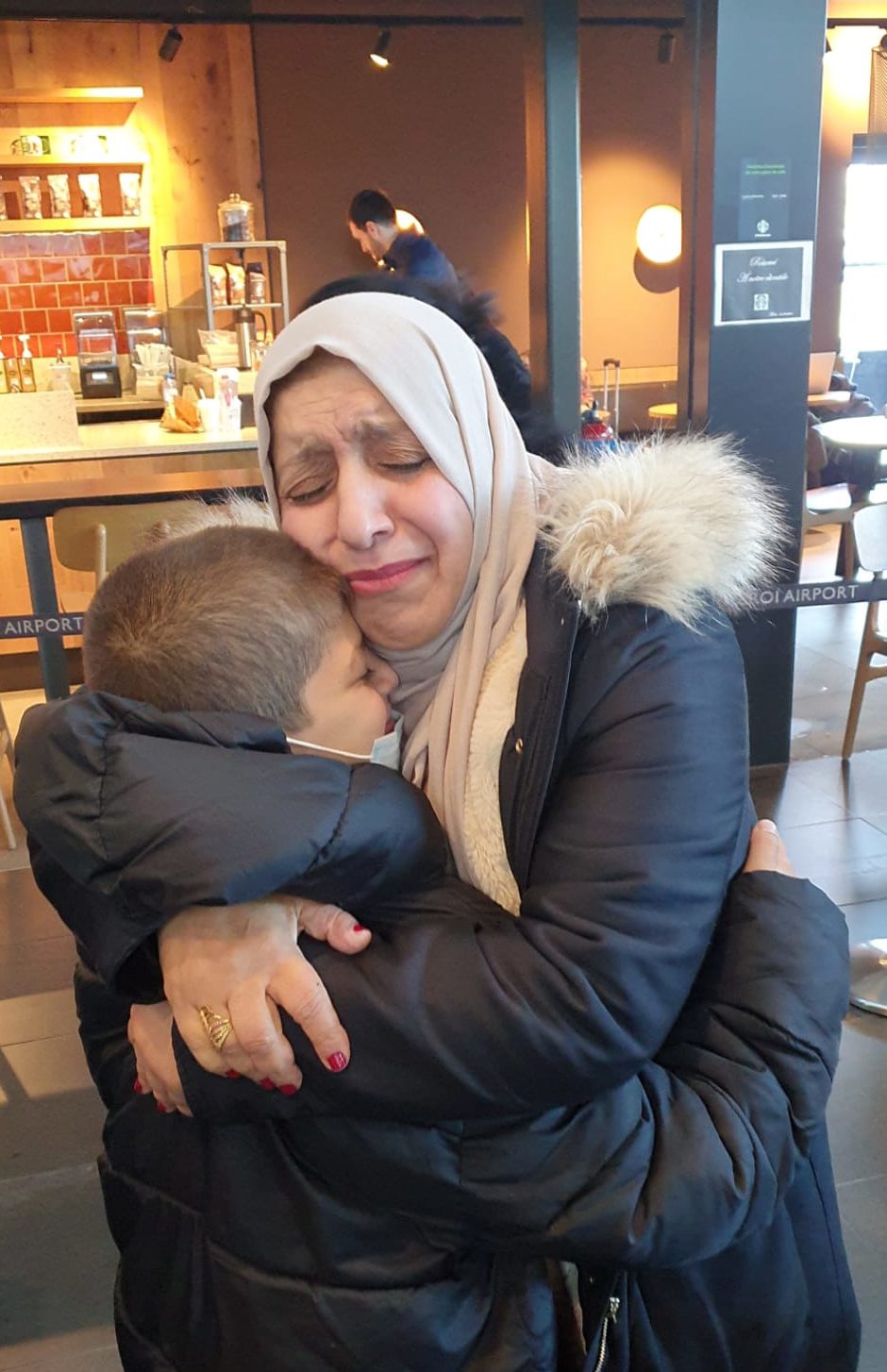 A Palestinian Family Reunion in Belgium

by: Jen, Miles4Migrants Director of Operations

“We’re happy to share that less than two weeks after we asked for monetary donations to help this family, they are now reunited with their family in Belgium! We’re delighted to share more about their journey along with a few photos of their reunion.

Their departure from Gaza was delayed by five long days, however, Sunday morning, they received the good news that it was their turn to enter Egypt. Once they were able to make it through Rafah Crossing, they smoothly progressed through the Sinai desert and checkpoints. Once in Egypt, your cash donations were able to provide three rooms (enough for a family of seven) for two nights in a hotel while they rested and waited for their flight.

While resting in their hotel rooms, the youngest child, an 8 year old boy, told his father, “From now if there is any war in Gaza, I will be in safe.” [sic]

At the same time, the children’s mother was anxiously awaiting their arrival and looking forward to being able to wake up every day with her family.

The seven passengers were welcomed at the airport by not only their wife/mother, but also extended family who we are sure will play an instrumental role of support in their new homes and community. The family asked that we pass on a message that “they’re so happy and thankful for you.”

Thank you for your continued support, and we hope you enjoy the touching photos the family has shared.”