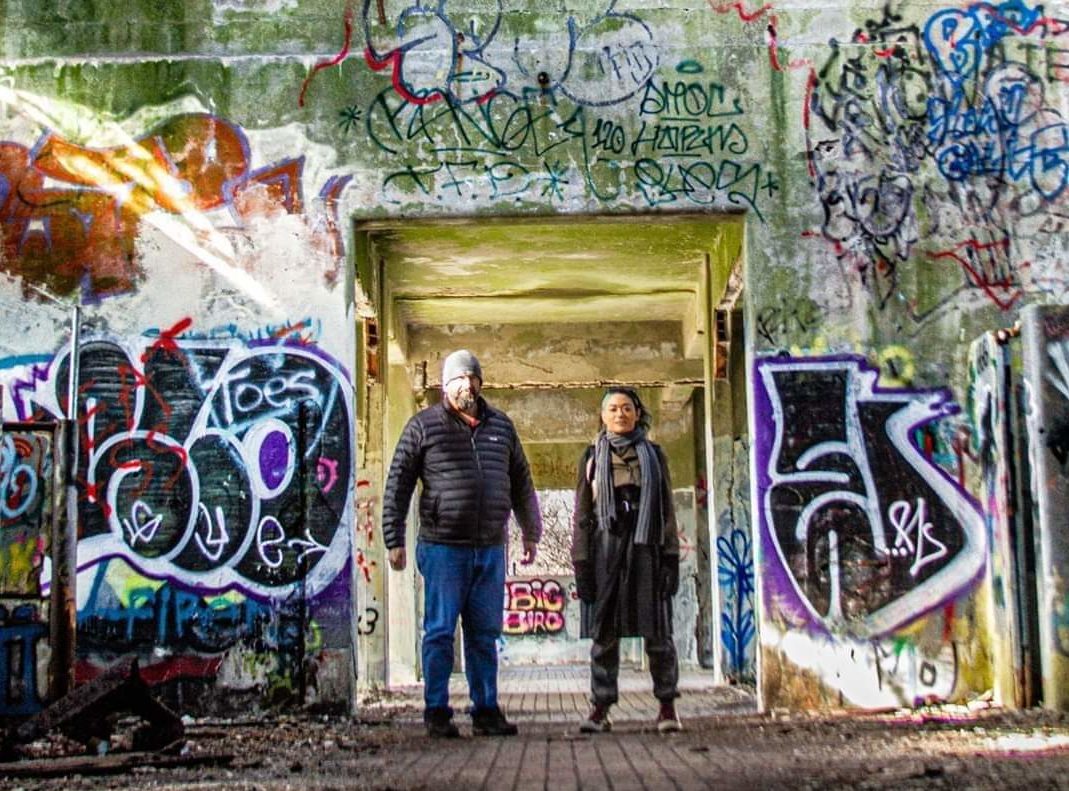 More than showing up: These warriors don’t leave until every person has a safe place to go

“These are human beings – plain and simple – and not winning the birth lottery does not make them lesser than us. We very well could’ve been where they were. We won the birth lottery. That doesn’t make us better. We’ve created the issues. We’ve caused climate change, used up resources, dropped bombs, destabilized governments… We create the reasons people migrate.”

This statement from Mark of Minority Humanitarian Foundation (MHF), one of our nonprofit partners, encapsulates the boldness and empathy that define MHF’s work.

Mark and his coworker, Jules, are two warriors who don’t beat around the bush. Covered in tattoos and bold in their demeanors, they self-proclaim that they “look like criminals” and can initially be a bit scary to the people they work with. However, the reality is that for many of the asylum-seekers who cross their paths, Mark and Jules show them their first moments of kindness and humanity since they entered the United States.

Oftentimes when people arrive in the U.S. seeking asylum, they are immediately put into detention centers for months on end. We’ve heard complaints of floors so cold that mothers sleep with their babies on top of their chest, using their own bodies as a barrier. They are served very little food and nothing nutritious. Frozen burritos become deja vu. Jules voices, “What’s happening is absolutely deplorable and unforgivable… Asylum-seekers are being treated worse than criminals with fewer rights. The stories that we hear every day are absolutely traumatizing.”

On top of already horrific conditions, COVID-19 has made a nightmare even worse. “Now with COVID, Otay [Mesa Detention Center] is the hot spot in the whole country… Everyone we pick up has either been exposed to it or had it. I met a 21 year old kid last week who was sick for 20 days and felt like he was going to die.”

Despite overcrowding in detention centers, people are not being released at the rate necessary to curtail spread. But for the lucky few who have been released, the atrocities do not end there.

One detention center, Adelanto, often puts released detainees in a taxi that drives them to the LAX airport. The driver demands $100, even though the asylum-seekers have no money on them. Getting into a taxi without the ability to pay is a jailable misdemeanor, so the detention centers are setting up asylum-seekers for immediate failure.

Jules recounts that, “during the pandemic, [Otay Mesa Detention Center] mostly does nighttime releases. They load people onto a prisoner van [and] unshackle them in the middle of the street with no phones, no money, nothing. There are no pay phones, and right now there aren’t even any open businesses or bathrooms. It’s a really hard place to ask people for help, especially during the pandemic. No one wants to let you use their phone.”

But amidst these atrocities, there’s a glimmer of hope. MHF exists to “fight the predators off of them. [They] “don’t leave until every single person has somewhere safe to go.”

When asylum-seekers are released on the side of the road in the middle of the night, Jules and Mark are there to meet them. They “often go to pick up one person and come back with five or six.”

One of the first things MHF does after picking up released detainees? They contact Miles4Migrants.

Jules comments that the partnership with Miles4Migrants has “taken away a lot of anxiety. Before if we picked up a group of people, we didn’t know how they were going to get where they needed to go. A lot of times their families couldn’t pay.” They would crowdfund to help pay for the flights, but that took time. It meant more money needed to house and feed the released detainees. It meant keeping them away from their families for even longer.

Now, Miles4Migrants can often book a flight for them within 24 hours, using miles already pledged by donors and available to use. “One of the greatest things about our jobs,” Jules reflects, “is calling families and telling them that Miles4Migrants is buying their family member’s tickets– the absolute relief and joy and surprise. It’s the coolest job to be that messenger that tells them we’re going to be able to get your family to you. We will walk them all the way through TSA security to the gate.”

Before partnering with Miles4Migrants, Mark remembers, “We had so many conversations in the middle of the night, ‘What are we going to do?’ But Miles4Migrants coming on board as wholeheartedly as they did, exponentially changed the whole ability of what we do and the amount of people we were able to help.”

At the end of the day, it’s all about reigniting hope in the heroes who have fought tirelessly for a better life for themselves and their families. “We get to see the lights go back on,” Mark says with a smile on his face. “When we pick up these people in the middle of the night, they’re traumatized, they’re scared, they’re sick sometimes…. At pick-up time, we see vacant zombie eyes. And then the next day, after they’ve had some love and some food and a shower, we see the lights come back on. We’re lucky.”

We also count ourselves lucky to partner with Minority Humanitarian Foundation, for we believe in the value of working with others and achieving together what may not be possible alone. In fact, by working together, our partnership has helped 438 individuals reach safe homes– the highest number of people we have flown through any single partnership! Though our partners occupy different roles, we are united by a common cause, and we thank Mark and Jules for fighting each and every day to help asylum-seekers reach safety and find hope.

We have a big goal of raising 5 million miles this month in honor of World Refugee Day. Donate your frequent flyer miles and credit card points now to help refugees, asylees, and asylum-seekers reunite with loved ones and find a safe place to call home.